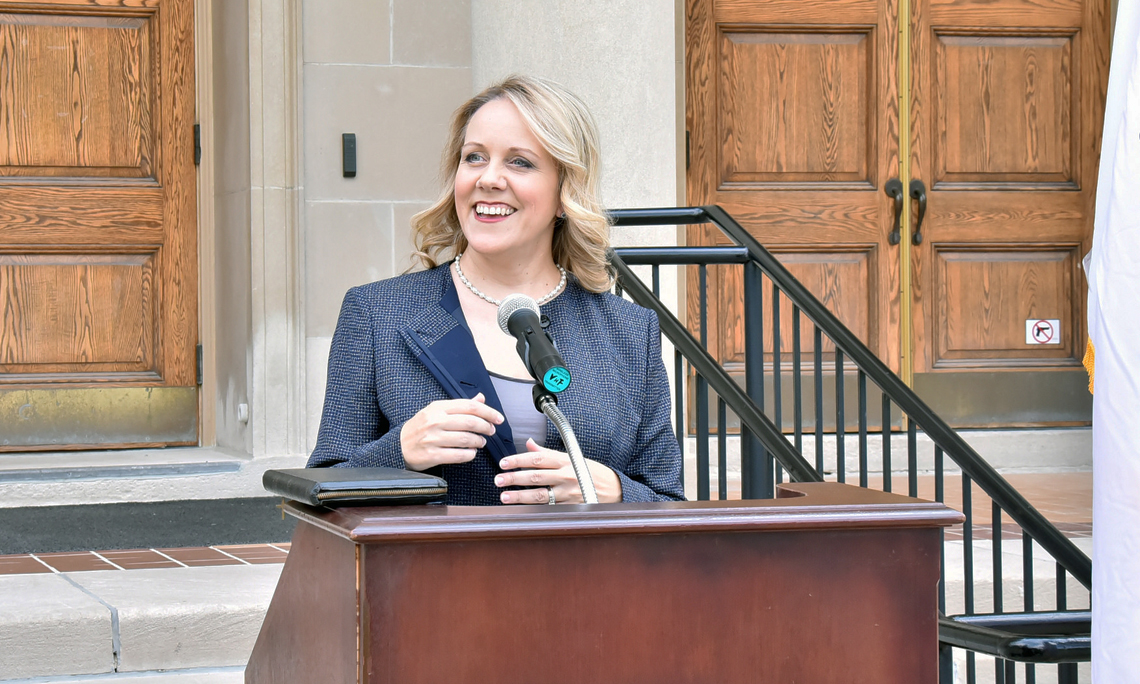 Deanne Mazzochi was born and raised in Villa Park and graduated from Willowbrook High School. She and her husband Tim Grant moved to Elmhurst over a decade ago to raise their family.

Deanne is a founding partner of Rakoczy Molino Mazzochi Siwik LLP, and represents clients from around the world. The firm specializes in life sciences law, particularly patent litigation in the medical/pharmaceutical arena.

Her Boston University undergraduate degree was in Political Science and Chemistry (Biology minor); her Juris Doctor degree was with honors from the George Washington University in Washington, D.C. She has a passion for science and commonly brings her scientific knowledge and analytical skills to her private sector work. She also brings that expertise to Springfield.

Deanne formerly served as the Chairman of the College of DuPage (COD) Board of Trustees. She was elected Chairman in 2016, having been previously elected as Vice-Chairman; she became acting Chairman of the Board in December 2015.

Illinois is full of wonderful people doing great work, but Deanne believes there is much work left to be done. She believes our state goes astray when it abandons the principles of an efficient, limited government, and that government must be responsive and accountable to the needs of Illinois families, and help our most productive citizens, to ensure our state is a source of pride and has plenty of opportunities for the current generation and beyond.